memory's a tricky one, isn't it? i have some memories of early on, not sure if they're My First Memories or any such thing. I think they only stick out because we were doing something out of the ordinary, but who's to say where they feature in terms of the common and familiar every day memory? i don't remember sitting up at the table eating breakfast with my family, but i also don't remember ever being surprised by it- so some of the everyday stuff has been absorbed before the point which i can remember.

and that itself makes me wonder, too- does it have to be something out of the ordinary to be a first memory? when something triggers my memory now, i wonder what values those memories hold, the ones that pop up unbidden.

and isn't it just funny how we can work for a memory, even struggle for one as someone else is asking us to remember, and yet others torture us by always being there?

i had been working on a piece earlier on the year, reflecting upon Eternal Sunshine of a Spotless Mind, and how powerful memory is, even when we'd choose anything but remembering our broken hearts and our lost love. needless to say, it was a fairly melancholy piece; there are nice parts to it which i may revive or shed new light on, sometime, one day.

down to business: my first tangible memory is of the time when my mum and dad took us overseas. stu and i were around 2 and 4 respectively, but hugh wasn't around yet. how weird to think of a time before hugh was in the world... anyhow. our parents took us across the world on a sightseeing tour, barely any of which has stayed in my mind. of the sights, i have fleeting memories of stone castles, large bodies of water, owls at a bird enclosure. but the very first graspable thing i remember (that i know i'm not remembering from photos) is that we went to stay with a family in the UK - family of one of dad's old flames, no less - and mum had bought some small gifts for their kids. for matilda, my age, there was an animal-shaped soap (can't remember which animal; dolphin, or koala) which i coveted the heck out of. i wanted that soap for myself, but i never got it- matilda did.

that's it. that's my first memory.

i wish it was something more special, especially seeing as we were, you know, travelling the world. but that's it- that's what i've got.

someone help me out- anyone else have an unglamorous first memory? 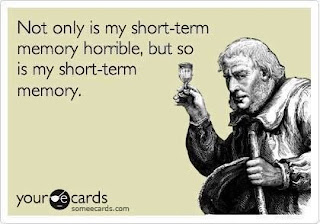