My first love was probably either Dean Cain/Superman, Hanson, or Jonathon Taylor Thomas/JTT (this post is in the interests of exploring the origins of my own fangirl self).

I'm not sure exactly of the timing, but the teen hormones must have been on their way, because all of a sudden I desperately had to have TV Hits, a pop culture magazine dedicated to TV, movie and pop stars. Anyone else remember TV Hits? I saved up pocket money (probably no more than a measly $3) to buy it every month. I had a process, too; I've realised I still follow this very ritual with Frankie magazine now. It goes skimread, read cover to cover, put aside, return to 1 week later, re-read and decide which pictures and posters to cut out (based often on which picture was on the other side of the page). Cut out, install on wall, lay on bed looking up at new wall decoration.

Shit, I had a Jonathon Taylor Thomas shrine. Every picture of him I could get my hands on. I wrote diary entries about how cute he was, debated his levels of hotness dependent on which movie or season of Home Improvement had featured him. I was in love with him. I'm pretty sure he featured very heavily in my daydreams; I'm not sure if these ever involved us kissing, but boy did we talk. Mainly about me. 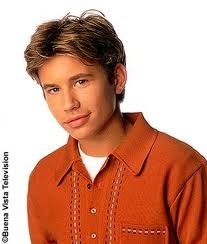 It's hard to figure out where I learned this behaviour from. Was it my cousins, or was it Sophie and Nevanka, my good-as-sisters? I know they thought Dean Cain was a bit of alright; I'd hook them up with episodes of Lois and Clark: The New Adventures of Superman on a weekly basis, painstakingly recorded on VHS, even with the ads cut out (all because they didn't have an aerial for their TV at home and couldn't get the Lois and Clark channel).

The way I felt about Hanson was the same, and my friends Lauren and Willow (yep, BAM! Hanson-shamed) and I used to trade Hanson posters in the first year of high school, before we decided Nirvana were way cooler, almost denying Hanson's very existence. 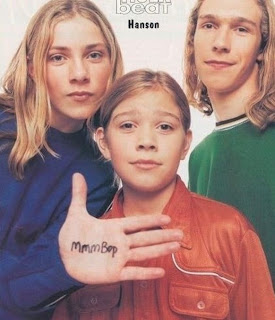 Whomever I learned it from, I fangirled hard over those fellas, in all their boyish glory (well, not Dean Cain: brother was a muscly man. Have a diary entry circa 1996 which reads "Latest TV Hits today! Huge fold out poster of Dean Cain with a wet white shirt on. Oh my god, so sexy, you can see his MUSCLES!"). 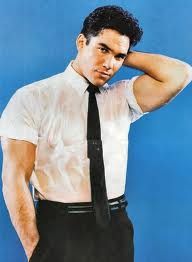 That kind of love is like a crush, except that it rests solely in a glorious fantasy realm. It's enthralling, and really gives you a safe space to grow that little bit in your imagination. Because inevitably, real life boys are just not that cool, not that smooth with the ladies.

Which brings me to the second part of the question.

My first kiss was with a boy when I was in year 10 (I think I was almost sweet 16, never been kissed).

It happened at a dance party in the Armidale Town Hall- one of the local radio stations would hold these things periodically, everyone would pay their $5 to go, and breathe in some smoke machine and get their groove on to the Britneys, Christina Aguileras and N*Syncs of the day.

Miracle of all miracles, I was allowed to go (I lived almost 60kms from Armidale and a parent had to stay late in town, like 10:30pm, to pick me up afterwards) and my mum had even let me buy a new skirt for the occasion. Knee length, hot pink with black lace over the top and tassels in a fringe along the bottom. I felt pretty and happy and ready to dance with a boy.

I'm pretty sure we sucked face for about an hour. Don't tell my mum. I remember it was a fairly damp experience; more saliva than I was expecting.

I emerged victorious; a woman, somebody someone wanted to kiss! It's a powerful feeling. I hugged it to myself for days.

Alas, the relationship lasted only 3 months until I dumped him in an email.

I still feel bad about that.
written by helen