on the weekend just passed, i attended a ball at one of the university colleges. it was a 50th anniversary celebration- the reason i went was that i helped to organise registrations for it (which entails chasing up many college students because their credit cards have bounced) and after all, there have to be some perks to such tasks as these.

i did not live in college. by the time i started my bachelor of arts i had already lived out of home for 12 months, and while i wouldn't say i had it figured out yet (it being respectful sharehouse living) i was definitely too grown up for college. so i never got that experience, and with the exception of attending sunday brunch at my friend bethany's college once or twice, i really only heard stories of college lifestyle. they weren't normally stories of honour and valour, but so goes the expectation of that sort of existence.

having no ties to anyone attending the college ball (besides jennifer who suggested i wouldn't want to sit with the old folk), i took my luck with being sat at a table of alumni all roughly my age, or close enough. how exciting! i thought to myself - a night of potential new friends and banter! i'll hear some tales of college life, they'll make in-jokes and fall over themselves to explain to me what they were about, and how funny they were! i left my socially anxious shoes at home and went in determined to be the most open and interested version of myself. i even wore makeup, for god's sake.

i wore my prettiest dress and my friendliest smile as i went to take my seat as i had been allocated, at table 10. "is this table 10?" i asked of the group of them as i drew near, both to double-check my counting skills and to let them know that i had been allocated a seat at their table. "we've reserved this table, you're not sitting with us" said the blondest of the girls at the table. nice. "oh", said i. "well i've been told to sit at table 10 - this looks like a spare seat here", and down i sat (a little abruptly, out of stubbornness mainly) at the last seat at the table, on the end, with the boys.

having almost immediately written the girls off (partly for this welcoming remark and partly because of the impracticality of their ball attire... it was all of 2 degrees that evening in Armidale and these people were wearing strapless summer dresses) i thought to myself, well, boys are normally a little less bitchy and a little more fun and silly, so i'll be fine here with these ones. not so, my dear readers.

as the night wore on i gathered a few things - 1: that the girls on the other end of our table were the girlfriends of these boys and therefore they weren't really allowed to talk to me, 2: that even when you're 27, it doesn't mean you have actually learned how to converse with your 'mates', let alone strangers of the opposite sex, 3: that no matter how much you try to make conversation, some people just aren't having it.

cut to helen crying into her soup. (just kidding).

but seriously folks, i was a bit surprised (as well as a bit disappointed) in the outcome of what might have been quite a nice night. i've been getting out and about more lately, making some new friends and re-engaging with old friends. i know we've been schooled on stranger danger and all that, but i feel that i'm a reasonably non-threatening sort. mostly.

i ate my food quietly, i drank my wine (only one glass, as i was driving, despite the obvious temptation for more social lubricant) and i tried my best to look friendly and approachable.

kids these days!! i have to wonder, is it college kids, or could this have happened to me anywhere? was it ridiculous to think that anyone would want to speak to a stranger at a reunion where the emphasis was on catching up with old friends? this table clearly all lived in sydney and spent plenty of time with each other anyway, so what's the catch?

having learned a valuable lesson through experience, all i can really take from it is to keep in mind how it feels to be the person who doesn't know anybody at a large gathering. never fear, i have not yet given up on humanity - i will partake in social situations again in future. in a compartively superior manner to those Earle Page College kids, who may go on to lead very sheltered and limited lives (yep, I am better than them), i will aim to continue making friends with friendly strangers until the end of my days.

and i encourage you all to do the same! (now here are some friend-related graphics) 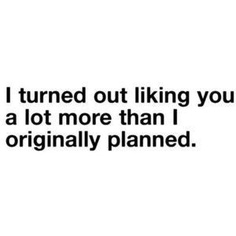 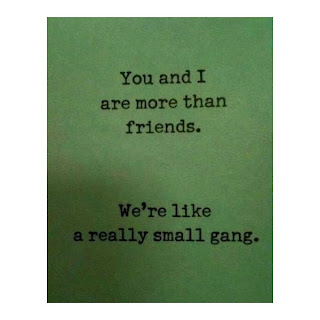