travel: the things i like about america (or, sunday softball & 99c cheeseburgers)

I started to write a travel entry on my visit to the states last year while I was there. I wasn't doing anything other than trying to figure out how to do long-distance relationships, watching quite a lot of grey's anatomy and hanging out with my family, but I still managed to not write any more about the experience than this:

i've decided the key to really relaxing on a vacation is to take bulk amounts of time at one place. well actually, i'm not on vacation, just unemployed. but my point still stands- bulk. time.

yesterday i went to an evening of good old-fashioned american fun. my cousin moya took me to a softball game so we could cheer on the 'halibats' (geddit?), a team full of her friends in various states of tie-dye and skill level.

The reason I wanted to write something about this part of my travels was to acknowledge the America that happens outside of the big cities, for as an Australian you sort of tend to think of the place as this giant city made up of New York, Los Angeles and Seattle, or at least I did.

I did write about West Coast Oregon and Portland last year, as well as New Orleans and all the things that happened there, but as I'm contemplating a return to the states in 2015 (if I can swing all the requirements of the working visa), AND seeing as it's a year since I was there last, I have to say that the US of A has been on my mind.

I am lucky enough to have family living in Corvallis, Oregon, who kept welcoming me with open arms each time I swung by during my 3 year stint in Canada. It ended up being home, in a reliable, always-food-in-the-fridge sort of way where I felt loved and welcome and all those things you need sometimes when you're very far away from the homeland. Sally, Bob and Moya all looked after me in various and lovely ways.

strangely enough to admit in a travel blog, the thing I liked about Corvallis most the last time I was there was how much it felt like home - Armidale is a small town with a university and a strange population that grows and shrinks depending on the time of year. there are coffee shops and all the fixings of a smaller population, it was pretty and leafy in the spring, easy to navigate, full of those newer to the area and the older more knowledgable folk who all seem to know each other from a stint at Bombs Away, a bar that I most certainly enjoyed while I was there.

Over the course of 3 years worth of visits, I got to do all the "American" things I'd grown up seeing in the movies. Cap'n Crunch, s'mores, diner-style breakfast, Twinkies (RIP), root beer, bourbon shots (or maybe that was a Moya tradition rather than wider America), beer in the supermarket, Trader Joes, and of course, 99c cheeseburgers. I don't think I've eaten a cheeseburger since that one I had this time last year, and so it will always remain in my memory the most tasty and low-priced of treats. Prices of fast food in the states is so much lower than it is in Australia, but then so is the minimum wage.

I was definitely made aware that I had an accent too- being an Australian in Whistler was barely worth blinking at, but in Corvallis, I sounded funny. It's bizarre to actually hear it- to hear how different you sound to everyone else. I never thought I had an accent.

The things I liked most about America were those Corvallis times. I was part of all the regular activities in my family's lives; I went along to a few lovely summer parties of friends of Moya's, I enjoyed $2 beers at Bombs a few times (more than a few times), I had very tasty amazing dinners with my aunt and uncle and their adult friends, I lay about in the garden reading books, I snuggled up with Moya to consume seasons of Friends at a time. So much lovelieness.

I'll be back next year for a quick hello after my friends get married in Whistler, and then hopefully the year after that, sometime between April and October 2015, I'll have a visa and be able to work and whatnot in a legit fashion. I'm hoping for Portland and maybe even some other parts of that great huge country. That, my friends, is the future for which I live in hope. 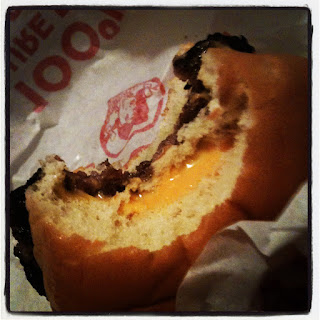