in some ways, our physical bodies and how we use them in the world is what got me into feminism in the first place. university study finally allowed me to vocalise the separation i have had from my body since i realised i was, and really felt, female. but that's because i'm so much in my head. it's an experience that is common to plenty of people, men and women, and so is not really a realisation 'won' in tertiary education. that's just how it happened for me, the lightbulb moment.

i have a theory which is pretty much a thought i had once that i haven't ever expanded upon directly, but i might have a go at it right here and now, on 'this here blob' as tavi says. my theory is that there is an instance wherein all girls are made to realise their bodies are female, and not just arms and legs. they are very insistently put into the female category in a real way by someone other than themselves. this instance is most often a comment by a family member or a friend of the family, and happens leading up to puberty. it puts them into their female bodies by way of an observation about it, and can often trigger a tricky relationship with body image which so commonly plagues women, sometimes for the rest of their lives.

"You're certainly growing into a young lady, aren't you?"
"Your clothes are getting tight- you must be hitting puberty!"
"Don't you look pretty in that dress"
"It's so nice to see you all dressed up in a skirt for a special occasion"
"You're looking more and more grown up every day"

these aren't even the bad ones; the feeling of freedom among others to comment on a child or young adult's body extends to telling them not to eat so many biscuits at afternoon tea time because they'll get fat, or observing that their thighs wobble when they run. or that they've got a "cute little tummy". yeuck.

my theory is, it starts right here. the innocence of childhood is well and truly shattered by such observations, and so begins a career of bad body image and body shame. not for everyone, sure. but if you're reading this, i encourage you to think back to see if you can remember a comment about your body around this age that made you feel a bit weird.

i cry a little inside thinking of all those rosy-cheeked little girls, chubby thighs or not, who stopped climbing trees and running races against their friends, and started moving more carefully through the world. heavy shoulders of little girls who had to learn about keeping their knees together so the boys couldn't see their underwear. girls who suddenly had to aspire to a grace and passivity they did not instinctively possess; no sudden movements, no clumsy free-limbed rambles. not in public, anyway.

the part of university-styled thought on this subject that still hangs about in my brain is part Foucault, part Butler; we learn to self-regulate and we learn to perform our gendered identity. we understand a way to act that is considered 'correct', but unfortunately (and not accidentally) acting 'feminine' and 'masculine' often takes away the carefree and fluid nature of little people who don't really care about all that stuff. we learn to internalise being watched by society, and start to perform our gender, masculine or feminine, insidious in such a way that we don't even realise it.

as we learn it, there are these milestones of increasing acceptance of norms and forms. it stops upsetting us so much, i think, and starts being something everyone does- i remember it going beyond that for me into the anticipation of partaking in feminine signifiers like spray-on deodorant (anyone else remembering coveting impulse body spray?), and shaving my legs.

you'll notice this particular topic is in parts, and this is part one. i really wanted to get you thinking about your experiences as a young person and the formative moments that made you realise that the way you looked was now the primary material for comment. i have quite a lot to say on this topic; i'm trying to dole it out in bite size bits.

another thing to mull over is how powerful the fear of not fitting in becomes, and then imagine how it might feel to have been born a man in a woman's body, or a woman in a man's.

let's put ourselves in someone else's shoes, and then clomp awkwardly forward. 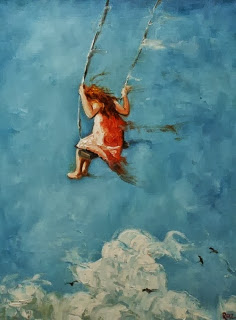