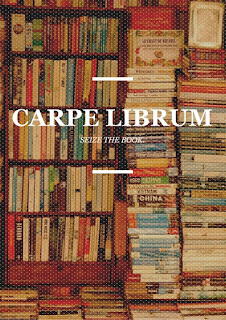 I've always, always wanted to be in a book club. Since I could read, I've read a lot. More than a lot of other people, which meant that it was hard to find someone with whom to share the joy of reading. And I guess, let's be honest, you don't hear a lot about book clubs for seven year olds.

I love reading. Books have shaped my life in a way that is subtle and yet, there's probably nothing so groundingly reassuring as a book. Re-reading a favourite, or curling up to take in another chapter of a new novel that surprises you as it unfolds, reminding you of people you know; a good book can shed light on feelings you've had that you couldn't explain before. The characters become familiar; you love them, you hate them, you want them to succeed, you want them to be undone by their wicked ways.

I love the way my reading habits haven't changed over the years, but my approach to reading has. As a younger child, I read for entertainment; to feed my imagination, to take me far away from a sheep farm in Kentucky. As a teenager, I read voraciously, searching for those wonderful adolescent characters who didn't belong either, but somehow triumphed over bullies and parents and society in general, as role models, as reassurance that my angst was well-founded. I remember sinking into depression after the death of my favourite character in John Marsden's Tomorrow When the War Began series. My poor mother had no idea what was wrong with me, or why I was crying into my dinner at the kitchen table.

Sometimes, when I wonder if I'll ever write a book, I think of writing for this age- the age where everything is so passionately felt, so dramatic, so filled with angst. It's also the time when you wonder if there's something weird about you when you'd rather be reading at home than going out to partake in some underage drinking and kissing boys (well, honestly, I was curious about kissing boys initially but that curiousity was quickly dispelled with my first boyfriend: a sloppy kisser). If I was ever to write a book, it would be one that reassured the young people that it's ok to enjoy books for fun.  Or like writing English essays. Or get good marks. Or study for your exams. Basically, be a good kid that lulls your parents into a false sense of security so your little brothers can get away with murder when it's their turn.

Imagine my delight at starting a BA in Melbourne and being suddenly surrounded by nerdy book people such as myself! But no, oh, wait a minute, University of Melbourne Arts students have read EVERYTHING that's worth name dropping, and they can drop a name like it's hot. Slowly but surely I managed to read a lot of these books just so I could talk the talk (and I still wonder how many of them had actually read the list they were taking credit for). I studied books, ending up with an English Literature major. Wonderful. Still, there was a culture of snobbery to it all that left me a little cold - I read chick-lit as my trashy guilty pleasure, and only my best friend Ellie, so far away in Sydney, understood my love of Jill Mansell and her wonderful book formula. I have to admit that despite this one secret, I too became a little trendy, cynical and name-droppy.

In the years since I have found myself reading pretty much anything. Books I never thought I'd read: Stephen King, Mills & Boon, 50 Shades of Grey, Twilight. Popular culture and popular literature are a phenomenon with which I'd like to be familiar. No stone unturned, no book unread. All that.

Having moved back to my hometown (and having nearly been here a year now), I've gradually collected for myself a lovely group of friends. And they like to read books! After some initiative on the lovely Ellie's part, the Rad Book Club has been born. We had a get-together last night, for some warm food and talk of books (and I think we covered a few other things as well). We now have a reading list. One book per month, each of us having chosen a book which means we're committed for a year, or thereabouts.

I'm going to share my thoughts on these books with you all as we go. Because I'd like to be able to review a book, and I'm not sure I know how anymore. A few of the choices I have read before, but most of them will be new to me, and are (somewhat) classics I can cross of my 'books to read before I die so I can drop them impressively into conversation' list.

In case you want to read along, out there in the netosphere, our reading list (stay tuned for additions from Gabi, Hanna and Ellen) is as follows: 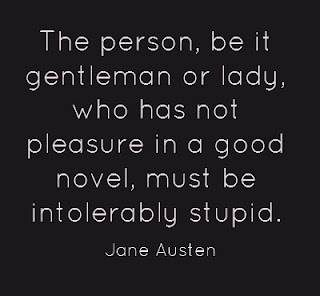 Labels: all about me, books