well, shit. thanks friends, for all the sharing and nice words and interest in my last post. It caught me a bit by surprise as mostly I just talk to myself, seeing the blog as a way for you to listen in if you ever feel like it.

I've been a bit tentative about posting opinion pieces before, but it's actually a huge release to hold onto something that pisses you off for so long until you can't not write about it, put it out there and have people agree with you. Whew.

The title, "We need Feminism because ... " was inspired by the recent photo collection put together of Cambridge University students on campus, putting together their own signage. Some very compelling ideas worthy of their own separate discussions.

Since posting a piece which I labelled a 'rant', calling myself a 'Feminist', I've been thinking a bit more about Feminism, or the F-word. Tricky territory. A few months back now, I went to a debate organised at the university for Blue Stocking Week entitled "The problem with feminists is that they can't take a joke". I've been thinking about this ever since.

As a woman with an Arts degree majoring in Gender Studies, I have definitely been one of those feminists who wasn't big on the taking of sexist jokes (we really have to assume these are the kinds of jokes in question). However, the debate tended to focus on the Feminist stereotype, and I'm sure you all know what I mean- bra-burning, hairy-legged man haters who aspire to world domination and men banished from the planet. So Feminism becomes the F-word; girls and women are quick to clarify that they're not feminists, before they become the punchline of a joke.

I call myself a Feminist, and this is how I exercise this label, as applied to me: I'm 27 and unmarried, free to use birth control, believe in a woman's right to choose, am pursuing further education, work to support myself, spend my money how I please, spend my time doing things I enjoy (some of which have no conceivable contribution to society), have actively involved myself in contributing to society, have various different friendship circles (including other single independent women and also unattached men of a similar age), have developed my own politics and life philosophy. I make big and small decisions based on what I want my life to look like. I do all these things wearing what I want. I encourage others to do the same, and I'm aware that as a white, educated woman, I am incredibly fortunate compared with those in other parts of the world. I am knowingly lucky, and try my best to make the most of all this opportunity. I do my best to exercise compassion and care for others, regardless of our similarities or our differences. Actually, if you read any of my blog besides this post it becomes increasingly obvious I'm quite a normal, silly person.

If any of this list applies to you (particularly the last part), well then, you're probably a feminist too. Oops.

Feminists look however they want to look (I think that's the point, just quietly). Let's get over it, shall we? This stereotype, I think, is motivated to distract from discussing actual issues. I hope everyone else's mums taught them not to judge a book by its cover too, and you're pickin' up what I'm puttin' down here.

My call to action in my past blog was mainly about men being aware of women and their sense of safety. It's a tiny thing, but could be huge, in other ways, if we ran with it. The world is your oyster! Honestly, the very best to come of what I've said would really be some conversation; men and women sitting down together with a cup of tea or a glass of wine and talking about these sorts of things. Mmmm- in my head it's all warm and fuzzy when I think of the beautiful simplicity of this.

My other call to action was about teaching our sons to respect women. Weirdly, after posting my blog the other night, I found that one of my very favourite bloggers, Pip Lincolne, had in fact taken it upon herself to get together a group of bloggers who are mothers of boys, and write about their sons. I loved what she wrote- you can read it here. Mrs Smith wrote a bit of a lovely one, as did mogantosh.

This is what I meant, written with far more motherly authority than I can muster as a non-parent. These sorts of writings fill me with happiness and hope for the next generations, as long as we don't completely lose sight of this now and fuck it up. So let's not do that, and let's do the other thing instead. 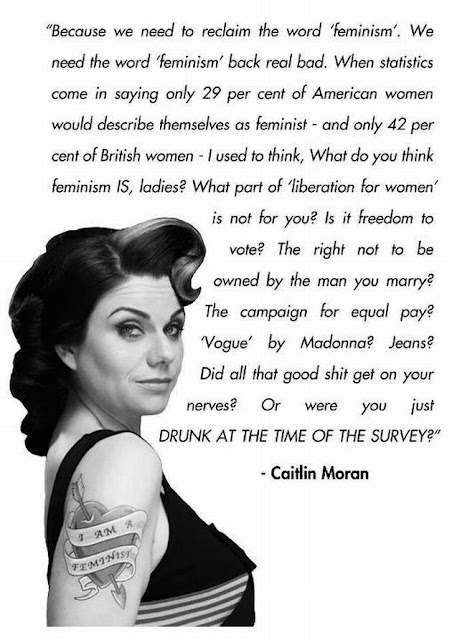