secret: sometimes i spike my own hot chocolate with fireball whisky

i never was a big drinker before i got to canada.

granted, there were nights... there are always nights. the retreat and bar etiquette are responsible for most of those nights. and it was the same cause; spending a lot of time in the presence of big drinkers.

within a month of me being in whis, i had embraced day-drinking (those sunny summer days where you're not working, and neither are your housemates, and before you know it you've had 12 beers and are wobbling around at the lake), and had the infamous Fall into the Gravel, where i face-planted and took skin off my nose from my glasses digging in... i was also missing skin from my knees, but (here is the punchline) my hands were pristine. yes, that's right, i fell and i did nothing to save myself. i have no recollections of this night, except lying in the gravel with hugh laughing at me and me saying "just leave me here. i'm sleeping here".

i did 3 months of this. fondest memory= bumping into evan while cashing my paycheck at the bank, and then proceeding to spend $100 in one afternoon drinking beer at citta's. fantastic.

i partied pretty hard. this petered out when i started working 7 days a week in march. much to the relief of everyone in australia. i was starting to get comments; dismissive comments. worried comments. all because i never partied at home. what i SHOULD have done is more drinking at home so the drinking in canada didn't seem an issue. it's all about perspective.

i have just come out of self-imposed 21 day detox. and tonight i made myself a hot chocolate and poured in a rather liberal amount of fireball whisky.

because fireball is delicious. and it goes with EVERYTHING. 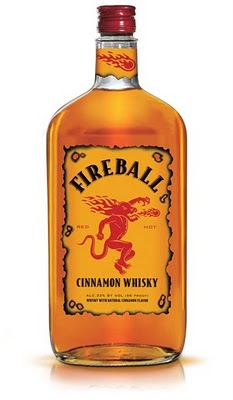