this weekend just passed i fed both sides of my personality: the side that likes to get out and about, see people, meet new ones, laugh and eat and drink and dance and inevitably, end up at the pub talking nonsense to total strangers, and the side that likes to get favourite foods from the supermarket, make a tasty lunch and then snuggle right down in bed and watch an entire back catalogue of nicholas sparks and nicholas sparks-esque romance movies.

i have an interesting relationship with popular culture these days because i inevitably take great issue with a lot of it as a feminist, but also love the shit out of a movie where there's love and obstacles to overcome and maybe someone with a secret from their past that surfaces at an inappropriate time.

*takes deep breath* so i'm going to be honest. on Sunday, i watched 'the last song', 'dear john', 'the vow' and 'imagine me and you'. the breaks i took between movies, while i waited for them to load (i use project free tv for most of my watching these days, as i have neither the patience nor the knowhow to actually download things), i worked on a job application. i worried that i might have gotten a bit too emotional addressing selection criteria, but hey, i think that's an asset, right?

'the last song' i watched because i have had an uncontrollable obsession with miley cyrus lately, and that liam hemsworth character ain't so bad to look at, either. i think miley is a great many things, but i am in a state of interest in her things and stuff, for now, until something changes my mind. for now, i am interested in her talent and her art, and alongside that i have a great interest in watching movies where i know the two stars have actually fallen in love with each other while making the movie. anyone else get into that? i look for hints in the acting, which is silly considering they're playing two people falling in love. but i get something out of it. miley plays the misunderstood teenager with dad issues, or authority figure issues, or trust issues. or all of the above. liam hemsworth is just dreamy and gorgeous, and it was a wise move for him to always be playing volleyball and having fallen in mud that needed to be rinsed off, shirtless, under a garden hose. well played, director. 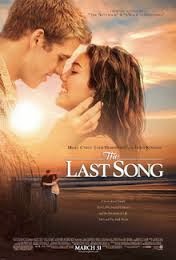 i wanted to watch 'the lucky one' next, because it has zac ephron in it and i think he's just great. but unfortunately, when you're only using a free site to stream things, recent movies with zac ephron in them are not available for your viewing pleasure. in a happy turn of events, my mum owns a copy of it on DVD and i will be proceeding to hit that DVD collection up later in the week.

so instead of 'the lucky one', i went to 'dear john', where there's a summer romance and letter writing and an autistic father, as well as september 11 and the army calling. that one was tough, and i cried at the bit where they said goodbye one of the times. i like amanda seyfried, but it was really channing tatum i was there for, his lovely square jaw and broad chest showcased in gratuitous beach scenes (he's a surfer, so it's legit). 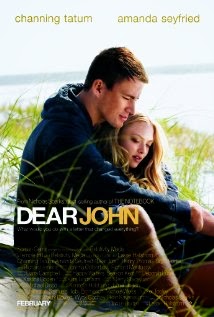 i got really into the channing tatum factor and so went straight to 'the vow', which is not actually nicholas sparks but really plays out like it should be. partly because rachel mcadams was in perhaps his biggest book to movie hit, 'the notebook' (which i thought about watching but decided to avoid), and partly because there's amnesia and love and a family secret. my favourite and best bit of this whole movie is at the very end, where there is snow falling, people in beanies and the national playing. oh man, i thought to myself at this point, why is that not my life? 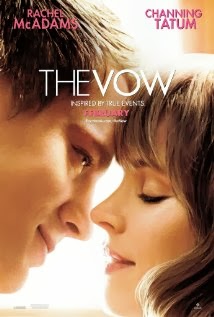 i was pretty much an emotional wreck by this point, and also feeling a little bit dirty for being so easily manipulated into enjoying beautiful men and tiny girls who fell into their arms with only the slightest amount of pretended rebellion and resistance. so i decided to end with one of my favourite love story movies of late, 'imagine me and you'. 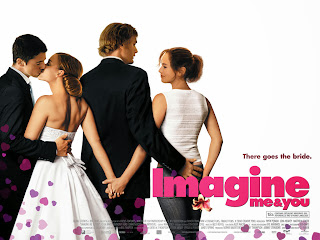 when i first saw the shorts for this, before i watched it, it was cut to preview like a completely different movie, where the wedding happens at the end rather than the beginning. i wonder, given that (spoiler alert) it isn't a conventional heterosexual love story, whether whoever made the trailer just wasn't confident that anyone would come to watch the thing if there wasn't a hetero happily-ever-after in store. when i watched it the first time, i was pleasantly surprised (the trailer, as a result, made it look like a wishywashy & gutless film) and quite taken with how the story develops, and how much of a victory for love the ending is. i particularly like the part that plays alongside the first of the rolling credits, where we see what everyone's got up to, like it's months later, even though we have literally just finished dealing with finale drama.

i hope this post has either inspired you to watch a love story movie, avoid them completely, or stop feeling guilty about your secret love of channing tatum. we're only human, after all.
written by helen