secret: the end of the world, or Day 16 of 30pictureschallenge

in Australia in summer it is inevitable that things burn. tonight, somewhere near Armidale, there is a fire- with a bit of a wind, the streets are full of smoke. on dusk, it seems as though the town is almost empty. it truly feels like a post-apocalyptic reality. me and Maude are making our slow way up the hill to home (she's too keen for second gear and not quite sharp enough to take advantage of third up these hills, i never really know what to do with her). i half expect newspapers blowing past us with headlines increasingly threatening and bleak, like the movies.

my favourite post-apocalyptic movies are those like i am legend, children of men, 28 days later or city of ember, or even the island (which might be a little bit about scarlett and ewan). the anarchist inside of me likes watching societies fall apart (it doesn't have to be a nuclear holocaust, just a good old-fashioned dissolution of the powers that be). i like seeing who takes the lead, who the scriptwriters and directors think is worthy of the power.

because i'm a feminist, i'm particularly interested in what sort of female figures our scriptwriters have imagined. it's interesting how sometimes, the roles of women don't change at all, as though that's too hard to imagine, even though when you're making stuff up you can imagine anything you like.

once upon a time, i wanted to write my honours thesis about the role of women in post-apocalyptic literature. now, i really really wish i had done it. i could go back and do it sometime, you know. i wanted to write about isobelle carmody's obernewtyn series, and margaret atwood's the handmaid's tale. even thinking about this now makes me want to write a blog a billion words long.

for now, i imagine myself roaming the world in my trusty van (who goes forever and never ever breaks down because she's old enough there are no computers in her and i can fix her with my somehow-acquired mechanical skill....). stay safe out there kids. safe from fires, safe from smoke, and safe from zombies. 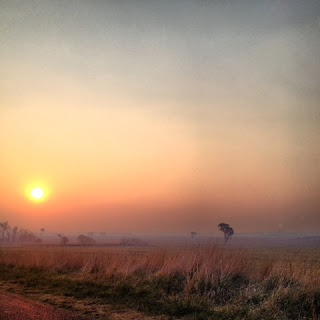