I'm the first one to admit I was pretty dismissive about the concept of #yolo.

Let me break it down for those of you who want to know what it's all about but are too afraid to ask (don't be afraid, it's one of those instances where not knowing about all that actually gives you the Street Cred):

Firstly, the hashtagging business- that's this guy '#' right here. It's a way of labeling a term, used for example on Twitter and instagram- so you can search tweets or pictures by label, for example, typing #unicorn or #nakedselfie will yield a certain thematic collection.

And yolo, well, it stands for "you only live once" and excuses all manner of bad behaviour. Used by douchebags all over the world, its classier cousin, or parent, great grandparent even, was "carpe diem". There's nothing wrong with enjoying life to the fullest, but yolo has turned this admirable sentiment dirty. it was a term eschewed by myself until recently, when my brother stu started rocking it.

There's this phenomenon with my brothers, where they start saying or doing something, and even if you think it's really really dumb, you end up saying it. It starts as a joke, but soon you're saying it for realsies. It makes you feel ridiculous but still you say it and even if you don't quite mean it, the damage is done.

I save it for times when they're around because they get it. You say it in a high pitched voice while shrugging your shoulders. You hope for the best, or at least a forgiving crowd. 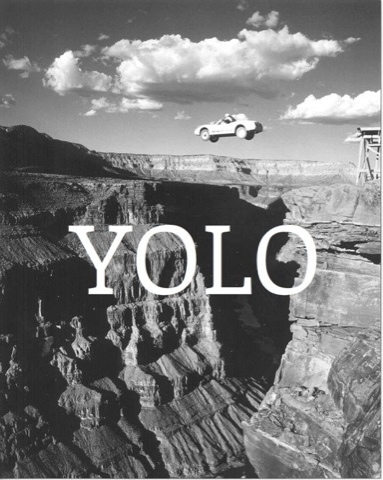 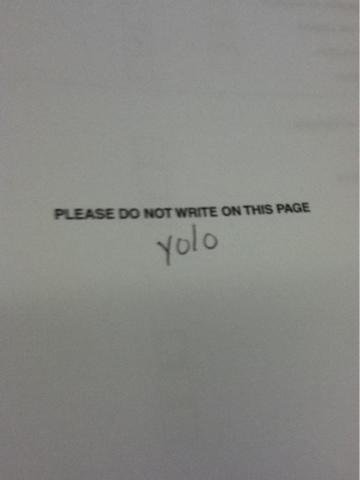 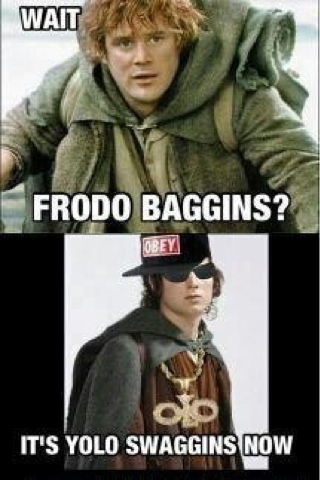 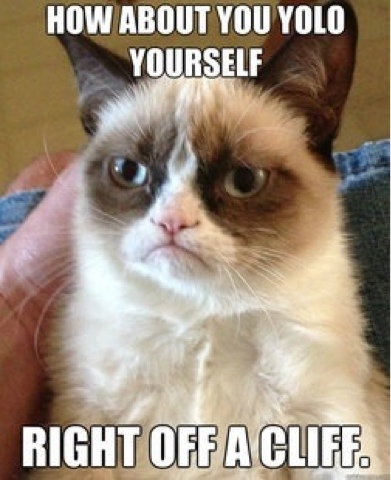