treasure: the calm after the storm 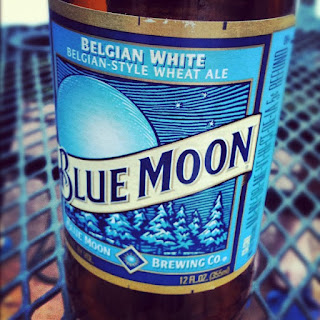 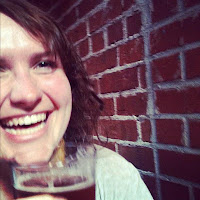 i'm writing to you with a blue moon belgian white ale on hand; cold and delicious. i've made it out of whistler and into the grand old U S of A; Corvallis, Oregon.

it would be a lie to say it was easy to leave whistler; there was one freakin goodbye after another, and these people have been my family away from family in my home away from home for almost 3 years. i love them all to tiny little pieces, and will miss them more than they know. saying goodbye to people that you love is heartbreaking.

putting someone that you love on a plane when you're not sure when/if you'll be seeing them again is also more than a little heartbreaking. it's what i get for falling in love with someone from germany, i guess it serves me right.

still i'm sure some of the best literature is conceived of in dire romantic straits; no motivator of words quite like being apart from a person you love. i'm optimistic about how this story will turn out, but it won't stop me from writing some bad poetry and perhaps even a song or two in the meantime.

anyhow this is not a sad story of love, this is about ME, ON VACATION.

leaving town in a flurry of goodbyes and tears (i tend to cry in high-emotion situations), we set off on our adventures. my trusty travel buddies kate, phill and grace, plus swedish emma who needed a ride to van, provided light banter to distract me from the actual bit where i left whistler never to return (or, hopefully, to return with loads of cash for an actual holiday). the music was mostly jaunty and tasteful (it was from my iPod, so... duh).

we left emma in the middle of nowhere  at a skytrain station a little ways out of downtown vancouver, and set off for the border, thinking to sneak through quietly in a smaller, more out-of-the-way place.


40 mins in a line of traffic and we got to take on the american border security. these are the folk, bless 'em, that just want some power. any power will do, and they're giddy with their ability to deny you entry to the United States of America, the very best country there ever was, they take your passports and insinuate you're probably in for torture and punishment, as well as ruined plans and general unhappiness.

the guy at the first point caused grace to drop the c-bomb as a general description. he scared us all, boy oh boy were we polite in response to his questions. we were all a little shaky when we got inside, only to find that the men we needed to deal with one-on-one were actually capable of making jokes... we stood in shock until one of them observed that in response to their general hilarity we were allowed to laugh (i thought there was a law against that, but it was kind of funny when they told the korean family next to us that one of their passports had been shredded).

after getting ourselves some cheap american gas and refueling our bodies with subway (it's a local delicacy, don't you know) we made a path for ourselves southbound. we passed by seattle, we admired portland (we'll be seeing you later), and we warbled along to the Flight of the Conchords and gradually found ourselves in little Corvallis, a university town in the Willamette Valley with town streets that run numbers one way, american presidents the other. my aunt and uncle live here, and are graciously putting the 4 of us up for the week, in order that we might enjoy real life; the bedrooms, the supermarket, the garden.

we hit up bombs away cafe for an awesome show by dusty, the great man who envisioned a tribute night to both weezer's blue album and green day's dookie. such an awesome show, and so nice to see my cousin moya, as well as a few familiar faces amongst her friends.

it's a revelation to get out into the real world and realize that most people don't want to just talk about the snow forecast and their new board or their latest hike. instead of one-upmanship over avalanche stories, people compete over other things; uni workloads and general beer expertise (this one is localized to oregon, microbrewery capital of the WORLD).

i love being here. i love meeting people who are artists and musicians and folk of creative substance. not that i don't love ski-bums also; it's just nice to be reminded of What Lies Outside the Whistler Bubble, seeing as i have officially left the bubble now and must soon fend for myself.

so here i find myself with 3 bestest buddies in corvallis. mainly we're drinking beer, but we did partake in several barbeques, mixed with some locals in green grassed backyard with an impressive vege garden set-up, finally sampled the bonfire delicacy known as "s'mores", confusing grace, who simply heard "are you down for some s'mores?", followed by a guy saying "if you give me the money i can go to freddy's and get the stuff, and be back here with everything in 10 mins". grace thought some sort of illegal substance was coming her way, but it turns out marshmallows, chocolate and graham crackers are totally legal and quite tasty.

we've mowed some lawn and weeded some garden beds, and had plenty of beer-drinking, strolling and reading in the sun. i got sunburned! high and giddy on vitamin D, there have been bike rides (i opted out and walked down to feed my coffee habit).

also, we saw the avengers. it was explodey.

this week has been a delicious blur of low-key activities, but this weekend we're heading to portland to up the ante; annica, the bestest birthday buddy i've got, is meeting us for a few days of what i expect will be a whirlwind of party, beer and fun.

not a bad way to spend my first week away from the whistler bubble. now i'm free, there'll be more musings, some wise and some not at all helpful. and i might start learning german.
written by helen