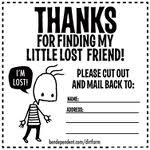 i made a friend in uni called erin. i was studying postmodernism and was completely lost and struggling, wading through all the bullshit created by other more self-important lit students. i had a friday morning tute which is basically unheard of when you study arts- everyone has friday off, making thursday the night to go out drinking cheap dirty beer. so friday tutes make for some rather uninspired and hungover contributions, except by that peppy know-it-all who i now suspect of being on crack, or at least a shit-tonne of coffee. damn her. anyways.

we had a discussion about one of the novels we were studying, and for once i was inspired instead of bored. i wanted to continue the discussion post-tutorial, and bravely put the suggestion out there- i didn't have any friends in my tutorial- but nobody had the time, or the inclination. it was at this point erin piped up to accept my offer. we went to have coffee, both slightly nervous at the prospect of a new friend (university of melbourne, i felt at that stage, was mainly groups of private school students who all knew each other and had no need to make friends or even be polite to strangers) but filled with enough lit student bravado to muster up a half decent conversation.

i'm sure there are plenty of them out there, but it felt like a pretty magical meeting at the time. there are not many instances where you can confess horrible things and have someone meet and match you. we had a great chat that day, a little shy of 2 hours and 2 coffees later swapping numbers.

we met up fairly frequently, and wrote letters over the holidays when i was in nsw with my family. she was beautiful, she looks like katherine heigl, freakishly so.

and then i left uni, and she continued on, and we lost touch. now i don't know where she is, or if she's in australia anymore, and if she managed to shake the echo of the crazy ex.

i hadn't thought of her for a long time, but tonight she popped into my head and i looked for her on facebook, and googled her, and nothing appeared...

i hope she is happy, doing things she loves and being alive.
written by helen