treasure: the wise things I have to say that I forget before I've written them down (or, my shitty memory) 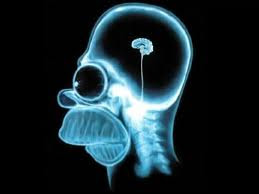 I was going to start with a quote, but in the time it took to click on "new post" so I could write it down, the damned wordses in my head were gone.

Yes, I said wordses. Makes me feel like I'm Gollum; a bizarre aspiration, but, y'know, the dude's got an interesting back story.

I confess that at times when I write this blog, I shake my head at the fact that sometimes I write words just to see them sitting on the page. It amuses me. And so, to the long-suffering (and very loyal and thus very loved) friends who continue to read my blog, despite the occasional lapse in both quality and regularity and, let's face it, maturity, I apologize.

We were talking about memories tonight, or actually this afternoon was when it started, with my friend Andy who is fixing my ailments in the back area (popped my ribs out; careless really) talking about his recall post-concussions (note the plural there). Apparently it gets shitty. I'm always intruiged by Andy's stories about his brain- he told me of one post-concussion incident where he got lost in Whistler village, despite being a local for several years. He luckily ran into a friend and had to confess to him that he knew who he was, and where he was, but not how to get back to his house, or work, or wherever he was going (he probably forgot where he was going too).

This sort of story scares the shit out of me. Stu also told me a story once about his buddy KB who was meeting him on Blackcomb one day, took ages to turn up, and it took Stu a while to figure it out but KB hit his head in the park on a lap through on the way to meet Stu. He kept re-setting, and Stu told me how scary it was riding him down the mountain to the hospital.

My memory issues are a lot broader and less scary or concerning in any kind of serious context. It's more that sort of, "oh crap, I know I came into the kitchen for something, what the bloody hell was it again", generally annoying memory issue.

What I'd like to know is how it happened. Given and acknowledged, I have partaken in the odd spot of friendly, harmless, sociable binge drinking. A few times. Mostly since being in this silly old Whistler town. But how come I forget stuff? Me no likey dumb Helen.

My greatest frustration is having things to say, and starting to say them in a group of friends, and then halfway through the story, forgetting where I was going with the story, then adding a few extra details desperately trying to buy time for my brain to figure out where it was going with that. And worrying that the details I'm adding are irrelevant and I'm telling a somewhat amusing story that goes "yeah so then I turned around and I said... what nice weather we're having, purple monkey dishwasher .... oh yeah, I mean, wait, those are MY shoes!" (cue crickets chirping).

Anyone else get this? Yes? No?

I used to be better at this.
written by helen