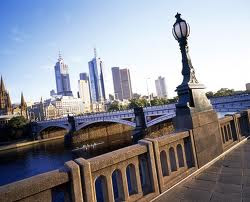 Melbourne is the city I would want to be if I were, in fact, a city.

There are loads of pretty things and pretty people, and pleasant places to eat breakfast for lunch, and drink for lunch.

I must confess I see the city differently now I am, shall we say, a drinker. I both admire and enjoy the many and varied watering holes a lot more than I did when I lived there. I will not be giving an eaters/drinkers type tour blog, but I did want to make sure you all understand just how much I love Bar Etiquette, a humble bar on Sydney Road Brunswick, with delicious drinks and (much to my delight) happy hour lasting from 5 to 9pm, between which hours, all jugs are a mere $10. And boy oh boy are they tasty.

I wasn't drunk all the time (although I did meet up with my ex, with whom I split up over the phone from Whistler some 18 months ago, and a drink or two were definitely necessary)...

Melbourne certainly felt familiar and friendly, with many close friends to see and catch up with. But I confess: it's not home no more.

It was joyous and rewarding to see my friends Mat and Tash, who are about to have a bebe all of their own, who I was relieved and pleased to realise really DON'T hate me despite the fact I left their best friend (the ex) high and dry and moved to Canadia.

It was great to be at uni too, for a second (oh, i also saw the black swan, boy is THAT a messed up movie) but I do not belong there. I don't dress well enough, like I said, and this is a pattern repeated all over town. It's all fashionistas and hipsters and fuck, i just like my hoodie/denim/sorels/toque combo. it's how i roll, right?

with some careful thought (not really, i've barely had time to pick up a beer, let alone a pen) I think that maybe no, Melbourne is not for me.

so on to the next place in search of an answer to the vaguely annoying question that has been haunting me of late: am I over Whistler yet? is there somewhere else i'd rather be?

And i just realised while typing this that I forgot to have dumplings. Fuck.