secret: what happened in september

oh listen kids, i know i haven't written for ages, it hung about me the past few months like a guilty conscience, but the truth is i had no inclination to write at all. and sometimes you just have to go with that.

a little bit of everything has been happening, and also plenty of nothing much. it's a strange place to find yourself, back in the town where you grew up, soaking up the cold but familiar winter that new england is known for.

we'll start there - i missed summer this year. i had hints of it in oregon before i came back, one sweaty weekend down in new orleans, then bam! into june, frost on the winscreen in the morning, frozen brakes, minus 12 degrees. wooly socks and open fires and the occasional luxurious bath. i do love winter, and new england does nice cold clear days, where the sky is blue and the sun is shining, when you can sit at a window with the light streaming onto your skin and you get to feel warmth, of a sort, for a second.

but i missed whistler- the summer in full scope, the long days, the warmth just gradually fading as the sun does, making the mountains all pink and glowing with snow still sitting up there on their tops. i missed my wonderful friends and their adventures, i worried about their injuries, i thought about them all the time but  held back from being in touch too often, like a post-break up, when it's best just not to have any contact for a while. it's hard to stay in touch with people when your news is nothing like their wonderous shiny happy happenings.

also, i gained full-time employment. nothing takes the spare time and extra energy out of your day like work. and actually, after having all that time to contemplate my existence (unemployed for 3 months) it has been nice to have a sense of structure and purpose to my days. it makes the weekends sweeter, it makes sitting down to watch a movie and drink a glass of wine feel well-earned instead of lazy.

we snuck up to brisbane to visit a slightly sickly version of little hugh (unknown to us at the time, he didn't have man-flu at all, but was in fact descending into glandular fever. that, my friends, is a real kind of illness. poor little buddy) and drank at the scratch bar, ate breakfasts at pear, and an extravagant meal at caravanserai, a turkish place of unending deliciousness. it was a rich and lovely weekend, filling me with enough warmth to get me through the last week before aaron finally arrived.

so yes, the big thing that happened was that halfway through september, my boyfriend arrived from germany. i put him on a plane in vancouver at the start of may (with the most excellent kate jenkins as my trusty driver lady) and hoped i would see him again. sure enough, 4 months later, out he popped in armidale, just walking into the small town airport terminal like he does that sort of stuff every day.

luckily for everyone, turns out we still like each other just as much as we did before, if not a little more (yeah, that thing about absence making the heart grow fonder has some truth, although it surprisingly did not help me to hear this repeatedly over the 4 long months of his absence) and we've been playing house in the small town of uralla, housesitting and finding out the various fun things about living with someone. nothing too drastic however; any tension can be resolved by a game of fifa. or that's the eventual hope; just now, i'm learning, so he keeps taking the ball away from me, which causes me to retaliate with a slide tackle. we're working through these issues.

what else happened in september? i made some new friends (well actually, what i did is to just start hanging out with kate's friends, who all work where i work and are funny and non-threatening and can always recommend tv shows and movies), i gradually caught up with all the family. i have a lot of family and the trick is to see them bit by bit, giving you the ability to check in with each individual instead of bellowing your recent happenings to a swarm of people in the hope of being heard. oh, they're not that bad. in fact, some of them seem to have turned out quite well. it is fun to get to know them again.

that's enough for now. in october, it is my birthday, there will be mumford and sons, and adventures in a little van. so that's what i'll aim to write about through october. also, i just got myself an indonesian penpal through lovely letters exchange run by kitty and buck and modern buttercup. so i will be sending and receiving letters in the post, all thanks to kate who told me so.

now, here is a silly picture. 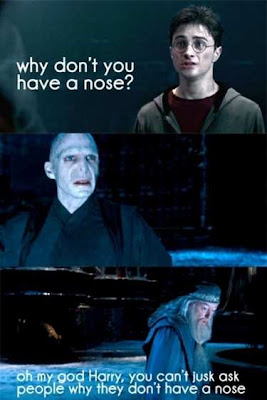