secret: why i learned to play the guitar 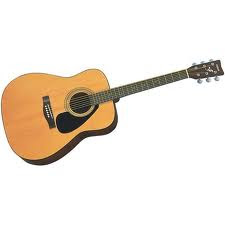 i learned about music before i even knew to think about it. my mother is the one i have to thank for my musical education: she raised us kids on her mix tapes. we rode in the back seat on long car journeys (sometimes days at a time) listening to the mix tapes she'd made, named after months of the year. i've picked up the habit myself; i make a playlist every month. almost as cool as an old school cassette tape.

we knew all the words. fleetwood mac. dylan. rolling stones. tracy chapman. james taylor. the beatles. neil young. chili peppers, and many more besides. she had an obsession with alanis morrisette's "ironic" which started from the film clip. we had a stereo system set up which meant i could tape from vhs or tv right to a cassette, so mum and i used to tape ABC's "Rage" every saturday or sunday morning and make it into our mix tapes...

inevitably as i stepped into my own PG-rated version of teenage rebellion and angst, there were pockets of pop music. i then went through a snobbish elitist phase at about 15 where i thought i was the only one that "got" radiohead in the whole world, feeling all my angsty feelings that nobody else had ever felt, ever...

at the same sort of time, i asked for a guitar for my 16th birthday. i learned the piano from a young age, then picked up a violin at about 10, and have always been involved in choirs and orchestras through school. music nerd. music camps, the works.

i never really attacked any of these intruments with much persistance, despite taking violin and viola lessons from 10 to 17. the one instrument i do love to use, the one that always travels with me, is my voice. i can sing in tune, i'm pretty sure... crippling self doubt makes me ponder that assumption at times, but mostly i'm pretty sure i can do things in tune. i have horrific stage fright, but i love to sing.

the first song i learned on guitar was 'house of the rising sun', followed, unexpectedly, by 'stairway to heaven'- little bit of a jump in skill level, but i sucked it up.

i never had any lessons, which is why i plateaued at barre chords. however, i know enough chords now to muddle my way through many easy versions of pop songs i love, which means i can sing to my heart's content in the humble and safe confines of my bedroom. it's like a warm, intimate karaoke-type situation. the songs i've written have also plateaued.

i'm sorry, but in this world of constant self-improvement, bragging and one-upmanship, i do not care that i am never going to be famous. i love music and i learned to play guitar so that on the odd occasion where writing on its own didn't cut it, i had another creative outlet.

i learned to play the guitar to be more alive. i know now i did partly expect to be famous one day, but have since settled for relative obscurity.

i love music more than i love nearly any other thing, just like most others on the planet. it's magical. i want a piece of that action.

coming soon to an open mic near you (probably not).
written by helen